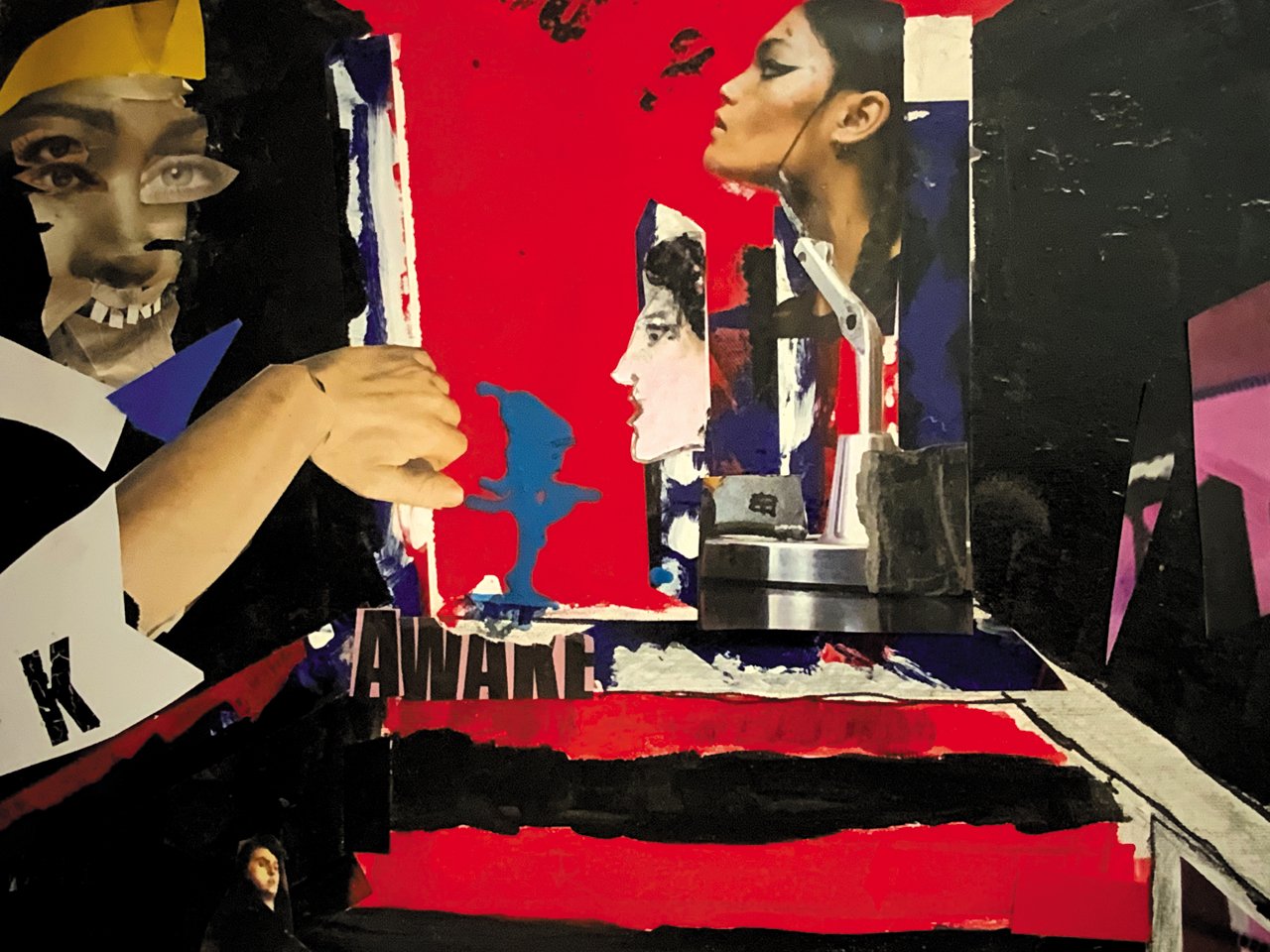 War/Spasme
re-reading Plan for the world

According to Freud the Unconscious is a production that is rooted in the past (the family’s intricacies, the infant’s experience, memories and removal of past experiences). The essential move of Guattari consisted in reversing the Unconscious toward the future. Desire in the place of memory.

“The Freudian Unconscious is inseparable from a society attached to its past, to its phallocratic traditions, and its subjective invariants. Contemporary upheavals undoubtedly call for a modelization turned more towards the future and the emergence of new social and aesthetic practices. (1995)”.

Political imagination is not only the rational extrapolation of trends of transformation, it is also the interpretation of those signs that emerge at the surface of the social Unconscious, in the deliriums and phobias traversing and punctuating the public discourse and the collective behaviour.

The political writings of Felix Guattari are generally attempts in drawing a cartography of this kind of interpretation.

In Plan pour la planète (Paris, 1980, Bologna, 1981) Guattari investigates the twisting geopolitical scene from the point of view of the Unconscious, the far-seeing energy of the imagination. Everybody in those years was focusing on the Cold War polarisation, on the race to new weapon-systems, on the danger of the Third World War.

On the contrary in this book Guattari was focusing on the growing integration of the world economy, and dismissing the rhetoric of nuclear danger. The subtitle of Plan pour la planète sounds: “le capitalism mondial intégré”. An apparently delirious stance, that in the following decades has resulted ore and more farsighted.

There will be no war between US and Soviet Union, he said in this booklet. On the contrary there will be integration. Felix wrote this text at the beginning of the ’80, a decade that ended with the collapse of the Soviet Empire, and marked the preamble of a process of globalisation that has reached its peak in the second decade of the new Century.

Not war, but integration, not the irreconcilability of US and Soviet economic projects of, but a tendency toward convergence, and a slow but steady integration. This political prognosis was based on the understanding of the economic integration of the socialist field into the changing capitalist mode of production, and on the persuasion that techno evolution was destined to smooth contradictions and to homologate consumption and lifestyles. The Guattari’s imagination of the world future is the projection of his rejection of the oedipal reduction of the psychogenesis.

For Guattari the Freudian psychoanalysis individualises the unconscious through the Oedipus complex and a family-based narration, while schizoanalysis seeks to liberate the libidinal drives so that they can operate directly within the multiplicities and assemblages of enunciation constituting the social environment.

The schizoanalytic version of the Unconscious was the expression of social subjectivity of those decades, linked to the high educated new generation and to the emergence of new forms of cognitive labor : it is the philosophical effect of the worldwide movement of students and researchers, and of the feminist and gay liberation culture.

Simultaneously however it is also a sort of prefiguration of the neo-liberal transformation of the world, the unleashing of enormous forces of production and destruction, the acceleration that led the global mind to the present collapse.

At page 38 of the Italian edition of Plan pour la planete (there is no English translation as far as I know) you can read:

“computers are conversing from a continent to the other, dictating the rulesto political and economic leaders. Automated informational production does not any longer receive its consistence from a human factor but by a factor of machinic continuity that traverses, contains, spreads, miniaturises and retrieves all human functions, and activities.”

Thanks to this networkisation of the planet, that is conceptualised by the metaphor of the rhizome, capitalism is turning into a globally integrated system. Guattari writes in the year 1980, when the attention is captured by the fear of nuclear war between the two super powers.

Guattari writes:
“
No reason to expect a nuclear Holocaust.” (123)

No world war, despite all the conflicts all around the planet, but a trend toward economic integration:

“The integrated global capitalism is made of transformations and reciprocal adjustments between western capitalism and various forms of state capitalism.” (60)

This global integration is not going, according to him to result into a peaceful order of justice and democracy. Not at all: rather a new totalitarian order that will function in a rhizomatic (a-centralised and interconnected way):

“The new totalitarian order that the experts of the Trilateral Commission have managed to shape cannot be assimilated to the old national fascisms. This new order will be everywhere and nowhere.” (68)

These words are a clear prefiguration of the networked globalisation that we have experienced in the thirty years that followed the death of Felix: the totalitarian order that has been built during the thirty years of globalisation is not identifiable with the old regime of Fascism, where power was a central agency imposing hierarchical discipline and brutally eliminating all kind of opposition and dissidence. The new totalitarian order is not at the centre, but it is nowhere (it is purely virtual), and everywhere, as it is deterritorialised, and is inscribed in every act of symbolic exchange.

Now, in the pandemic aftermath, we are exiting the sphere of globalisation, and entering into an age that we cannot yet clearly expounded, but certainly will be no more governed by a political hierarchy. It will be rather regulated by automatic procedures of technical governance. Simultaneously however the new totalitarianism that Guattari prefigured in 1980 will be marked by scattered explosions of chaos, that in turn will feed automation, in a double spiral of automation and chaos.

Since February 24 of the year 2022 the world is witnessing in horror the war of two blocs both belonging to the schizo-dimension of capitalism, but also belonging to the paranoid dimension of the Nation, and of the Nation turning into an Empire. Some of the old features of Fascism are re-emerging in both blocs, even if it would be wrong to believe that the XXth Century Fascism is coming back.

The Russian bloc that I provisionally label nazi-souverainism, is based on the aggressive projection of the cult of homeland, national identity, and race. Democracy is replaced by the unity of Nation.

The American bloc that I provisionally label nazi-liberalism, is based on the absolute primacy of economic profit on the replacement of democratic decision by the force of techno-financial and military automatisms.

There is a schizophrenic side in the present conflict in which both proclaim they are fighting against Nazism: both the fighters are fighting the fascism of the other and unleashing their own fascism.

There is also a paranoid side in the self-identification with a transcendent Truth (Democracy, the Nation), and in the systematic identification of the other as the Absolute Evil.

But the schizo-paranoid rhetorics of the 2022 war might be interpreted as duplicity inscribed in the globally integrated capitalism that is presently under disintegration: on one side the souverainist culture, that is not the exclusive prerogative of the Putin’s side, but is shared by half of the social spectrum (from Trump to Modi to Salvini to Bolsonaro) refers to the social dynamics based on production of physical things (oil, gas, wheat, and tanks) on the other side a liberal culture refers to the social dynamics of semio-capitalism, based on the circulation of signs, (financial and crypto-economy). Russians produce signs also of course, and Americans produce wheat and tanks. My point is that the economic imagination is oriented in two different ways.

The flight into abstraction, the basic instinct of semio-capitalism is colliding with the comeback of concreteness, a rancorous, revengeful return of the physicality of things, of need, of fatigue, of suffering.

The chaotic energy of the virus has inaugurated this comeback of matter, of the contagious biological concretion, now the two economic regimes are colliding and diverging: the abstract machines and the concrete machines of capitalism are staging what Guattari named “chaosmic spasm”.

Guattari formulated the concept of chaosmic spasm In his last book, Chaosmose. He wrote these two words only once in the book: just a powerful intuition that he did not have time to elaborate further, but is expressing powerfully the painful contraction that is provoked by chaos and is preparing a general transformation of the rhythmic relation between the organism and the environment.

It’s our task, now, to start from the last words of Felix Guattari in order to find a line of flight from the impending bicephalous neo-totalitarianism, it’s our task to take part in the chaosmotic process in which the Unconscious tunes in with the chaos, and to interpret its signs.